I support entrepreneurs, leaders and their teams to go far together

Something went wrong. Please check your entries and try again.

You want to make the most of the precious resources you have - time, opportunity, energy, money, team and talent.

Through regular one-on-one meetings, I come alongside you to support and challenge you to reach your goals and potential, on your agenda.

Have a project or key initiative you'd like hands-on help and practical advice, leveraging my experience and expertise?

From vision, strategy, business development, new product development and marketing, I can help you get where you're going.

Don't have the time or energy to train your emerging and key leaders?

Want to build up your teams to maximize their strengths and talents in order to go far together?

I help individuals and teams collaborate for better productivity and innovation to get where you want to go.

"If You Want to Go Far, Go Together." 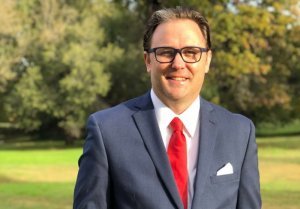 Cory Miller is a passionate entrepreneur who believes in finding and maintaining work happiness that aligns with your purpose and plays to your strengths, talents and ambitions, while challenging you to do great things with your life.

In 2008, he started iThemes, a pioneer in building cutting-edge web design software and training for tens of thousands of customers around the globe.

Over a decade and starting from a home office, Cory grew iThemes into a multi-million dollar enterprise, leading a team of 25+ people, in four countries, with an office headquarters in Oklahoma City.

In 2011, iThemes was named the 7th fastest growing company in Oklahoma City by the Metro 50. That same year, he co-founded The Div, Inc., a nonprofit tech foundation aimed at inspiring and training the next generation of software developers through its kid’s program, Div, Jr.

After a decade of successful business, in January 2018, iThemes was acquired by Liquid Web, a premiere web hosting company, and is now an independent unit within the company.

In addition to being a regular leadership speaker, trainer and writer, he is the co-author of WordPress All-in-One for Dummies (Wiley, 2011).

He is a member and past board member of the Oklahoma chapter of Entrepreneurs’ Organization (EO), a network of over 8,000 entrepreneurs in 40 countries with companies that have revenue over $1 million dollars annually.

Cory has also served as an EO moderator for 3 peer-to-peer “forum” groups and started and seeded two forum groups during his membership.

Let's Get a Discovery Call On the Calendar

Something went wrong. Please check your entries and try again.
Scroll back to top

Save Time + Grow Your Business Online with a Proven System Check Out DigitalMarketingKitchen.com